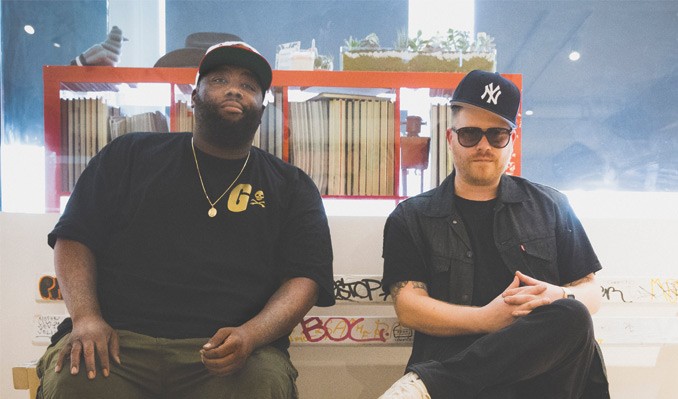 El-P and Killer Mike, two of the most distinctive and celebrated names in rap, might have seemed like an unlikely pairing on paper, but the duo subverted and pulverized all expectations with their critically lauded Run The Jewels collaborative LP last year. Tapping into the creative synergy they’d discovered in 2012 on Mike’s R.A.P. Music album (produced by El-P) and El’s Cancer 4 Cure album (featuring Mike), plus subsequent tours together, Run The Jewels cemented their musical alliance with an album of uncompromisingly raw, forward thinking hip-hop and garnering limitless critical accolades including the likes of Rolling Stone, Pitchfork, XXL, SPIN, New York Times, and many more. This super dynamic duo is putting the touches on their next offering, RTJ2, due for release this fall, with the 1st single dropping via Adult Swim’s Single Series in early September. They’ll also be touring North Americain support of the album all of November.

Official WebsiteMySpaceTwitterFacebook
*Service and handling fees are added to the price of each ticket.