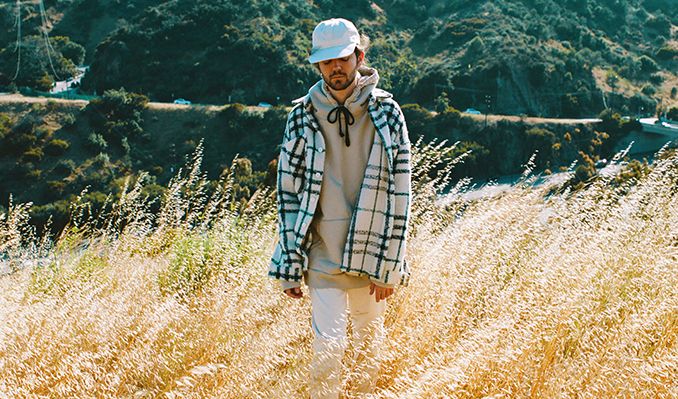 The remainder of the General Admission Pit Wristbands will be distributed on a First Come, First Serve basis to regular GA Floor Ticket Holders. Guests wishing to watch the show from the Pit are advised to arrive early. Once all wristbands have been distributed, no others will be made available.

Prices may change without notice.

“It feels like I just came home from a giant trip, a vacation somewhere. I haven't communicated pretty much in any way since 'Shelter.' I just saved up my story for the past three years. And I'm gonna tell it now.” —Madeon
Hugo Leclercq, the musician known as Madeon, first appeared to many as something like a teenaged fireball. In 2011, his frantic yet perfectly sculptural “Pop Culture” famously sampled 39 hits, live, from Daft Punk to Solange, instantly propelling the then-17-year-old to the international stage. By the time of his debut album, Adventure, in 2015, Madeon was a globally beloved artist with production credits for Lady Gaga and Coldplay.
Yet his first full-length, released via Columbia and his own popculture, still evokes a bright sense of wonder about the world. “I very purposefully stayed with my parents when I made Adventure because I wanted to capture my life as a teenager in France,” he says. “Listening back, it’s a good reminder that it always works out best when you’re sincere. I wasn’t pandering, I was just really trying to make what I loved.” A FADER review called it “expansive, impossibly beautiful... one of the most radiant pop albums in recent memory.” Soon after, he teamed with longtime friend Porter Robinson for “Shelter,” an immersive, ecstatic single he calls their “victory lap.
”Now, a few years later, Madeon is perhaps a more deeply seasoned artist than wide-eyed dreamer from Nantes, France--but he’s just as ambitious as ever. “I knew if I wanted to make something different, I needed to change my life around,” he says, so he moved to Los Angeles to focus the project in a new way. “I wanted to wake up in the morning and feel like every second of my life was about Madeon. My walls are covered with concept art and logo designs and instruments and references and records that I love. It’s all I do from the minute I wake up to the minute I go to bed.
”Good Faith is this radiant new era. The songs from the album are the sort of pop songs that, by any other artist, would have required hard work from a team of writers and producers. Madeon, of course, wrote and produced them himself. Following the path he began on Adventure with songs like “Home,” he is the sole lead vocalist on each of the new tracks. “I love to make that kind of music mostly on my own --you’re not really supposed to be able to make it that way, ”he says.
Madeon began working on first single “All My Friends” when he booked a studio for three days in New York “just to see what would happen,” he says. “I remember I was walking alone, and the sun was a particular shade. It struck me all at once, vividly. It was like a flavor: sounds and sights and smells. I felt impossibly confident and enthusiastic, and the song became like a premonition of what I had to do.”
Often, Madeon can seem as much a musician as a world-building architect, and there’s no question his full vision for Good Faith is shining through in high definition, standing as a brilliant statement of new purpose.
Good Faith, which debuted at #1 on Billboard’s Dance/Electronic Albums chart, is out now via Columbia Records.
Read More

YouTubeiTunesTwitterOfficial WebsiteFacebookMySpace
*Service and handling fees are added to the price of each ticket.