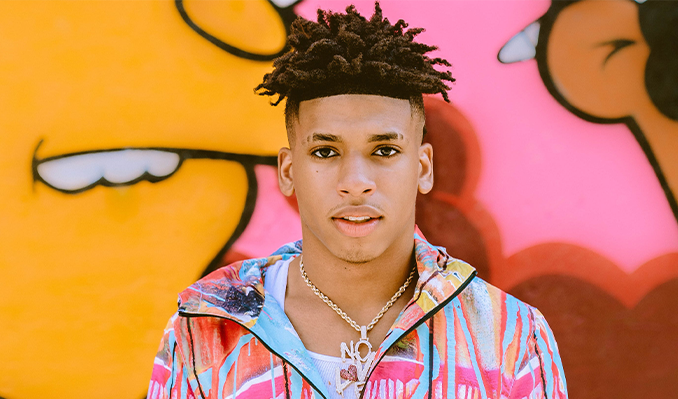 You can’t manufacture street anthems. There is no formula to replicate their authenticity and originality. The real will always recognize real, and everyone else will follow.

NLE (No Love Entertainment) Choppa knows this intuitively, but you’d believe him if he told you he had the recipe for a hit down to a science. In less than a year, he went from a virtually unknown 16-year-old in East Memphis to number one on Billboard’s Emerging Artists chart. The potent combination of Choppa’s raw lyrics about life in disenfranchised sections of Memphis, his irrepressible energy, and his dynamic delivery has made him a star in his hometown and around the world.

“A lot of Memphis don’t rap like me,” Choppa says. “I always wanted to be different.”

His platinum-certified single “Shotta Flow” became one of the biggest rap songs of 2019 without a premiere, co-sign, or major label push. Its ubiquity, like all of Choppa’s music, is entirely organic. Within a week of Choppa uploading the music video to YouTube, the song went viral. Today, “Shotta Flow” has nearly 200 million combined streams between YouTube and Spotify, where it’s been featured on premiere playlists like Rap Caviar.

Backed by a sparse beat of plinking piano keys and thunderous drums, Choppa commands all attention. With infectious cadences, he spits pointed similes aimed every adversary, shuttling between aggressive staccato and rhythmic runs before closing with melodic, half-sung bars. On the “Shotta Flow” remix, which received a video directed by Lyrical Lemonade’s Cole Bennett, Choppa shines alongside Los Angeles’s most charismatic export, Blueface.

Record labels swarmed and offered substantial advances in the wake of “Shotta Flow,” but Choppa chose a more unconventional, forward-thinking route. Desiring both creative control and ownership, he partnered Warner Records to distribute his music and future releases on his label, No Love Entertainment. He also created a clothing company (No Love) to release merchandise. This business-minded foresight, and his desire for creative agency, demonstrates a maturity that belies his age and affirms his dedication to his art.

Born Bryson Potts, Choppa spent most of his childhood in the Parkway Village neighborhood of East Memphis. Unfortunately, like many poor, neglected, and underfunded American neighborhoods, Parkway Village suffers from a disproportionate share of crime, gang activity, and fatal violence. After school, Choppa played basketball and video games to distract himself from the ills outside.

When his Jamaican mother wasn’t playing Bob Marley or Shabba Ranks in the house, Choppa listened to Lil Wayne almost exclusively, admiring and studying rapper’s oft-celebrated wordplay. At 14, unable to bear the regimented routine of school and organized sports in conjunction with the tragedies he witnessed in Parkway Village, Choppa turned to music. It was his escape: a creative outlet and path toward liberating himself from societally imposed hardships and expectations.

“I was tired of life, tired of being on other people’s time and doing what other people wanted me to do. I knew that when I got in the booth, no one could tell me how to make my music,” he explains. “I didn’t want to do street stuff because I could end up facing time. I knew I had to make better decisions, and then I found out I had a gift with the music and pursued it hard.”

After recording freestyles alone in his room, Choppa linked up with local rap group Shotta Fam for “No Chorus Pt. 3”. His innate talent, powerful voice, and contagious excitement were apparent after one listen, and they were undeniable after seeing the intensity of his delivery in the music video. Captivated listeners both compared him to Baton Rouge’s NBA YoungBoy (“Outside Today”) and clamored for more music. Less than a month later, “Shotta Flow” satisfied that demand.

Choppa could’ve coasted on the success of “Shotta Flow” or leaned into comparisons to his peers. Instead, he’s released a steady stream of electric and entirely unique singles — including but not limited to “Blocc is Hot”, “Capo”, “Stick By My Side,” “Shotta Flow 2”, and “Shotta Flow 3”. Each song has dispelled all comparisons and reaffirmed his stature as one of the most gifted Memphis rappers in recent memory.

At the moment, Choppa’s NLE/Warner Records debut is imminent. He’s been working tirelessly in the studio both alone and with several collaborators. An intensely personal and autobiographical album, the songs on Choppa’s debut will cut closer to the marrow than any he released before. The streets will feel them first, and chart-topping success will follow.

With poise, charisma and cleverness way beyond his years, 17-year-old NLE Choppa burst onto the scene and immediately grabbed our attention and captured our hearts. Choppa has amassed an astonishing 1 billion cumulative streams across platforms and 433 million total YouTube views while gaining a cult following that transcends age and socioeconomic status. His breakout hit “Shotta Flow” has more than 120 million views alone for its raw, trueto-life music video, while the remix featuring Blueface has garnered over 127 million views and counting. Choppa’s latest single "Camelot” has already hit 523 million streams and earned an RIAA platinum certification. As a young boss with street-savvy, Choppa and his family grew No Love Entertainment (NLE) from humble beginnings in Memphis to a burgeoning full-fledged imprint with Warner Records. NLE Choppa continues to take hip hop by storm and solidifies his place as the next global superstar.

Read More
*Service and handling fees are added to the price of each ticket.